The connection between California and Colorado became seemingly undeniable the longer we lived in L.A. ☺️ From the multiple family members who’ve moved back and forth between the two sunny states, to our friends boasting about the fabulous skiing in Telluride — rivaling the likes of Switzerland — it became apparent we were very lucky ☘️ to have grown up there.

We gave ourselves plenty of time to explore and made it a point to go to a new place every time we ventured out.

Here are some of the highlights!

“Big enough to be overwhelming, still intimate enough to feel the pulse of time…” ☝🏽THIS, is how this place is described in the National Park Service website… 😲

So, you know someone became truly inspired when writing about it 😉

Well… we were inspired enough to have an impromptu photo shoot here! 🤗 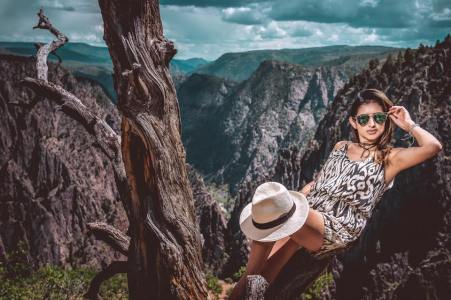 Now, don’t be fooled here, as comfortable as I look “lounging” on that tree branch, the truth is, my entire body was shaking while I posed for the camera. 😳

You see, that tree is on the verge of a precipice. One wrong move and… gone baby gone.👋🏽

As you may have already guessed, I happen to be married to a phenomenal 📸 photographer, hence the very cool images featured in this blog 😉

As the wife of a photog, I not only get to have fabulous photos; I also get to tag along when he’s on assignment, BONUS!!! 👏🏽

The surrounding mesas are sprawling with wildflowers and covered by these natural skylights. 🌸🌼🌻

If you’re looking for adventure and are willing to spend the time to drive, 4-wheel, climb and then hike– approximately 6 hours for the easier route– you’ll be in for a pleasant surprise. 🤫🤗

Heard of the Discovery Channel or it’s founder John Hendricks?  If you live in Western CO, you have.

Hendricks built a luxury ranch, spa and resort in the midst of a western wonderland. 🏔🗻⛰

Found in the 2017 Forbes’ Travel Guide and recipient of Conde Nast Reader’s Choice Award, this rustic retreat has been known to attract a few Hollywood celebrities 😎 looking to escape the hustle & bustle of the city.

As long as I can remember, my family loved to drive to Glenwood Springs.  The city is a little over an hour East of Grand Junction — the largest city in Western CO– and boasts outdoor activities ranging from exciting white-water rafting, mountain climbing 🧗🏽‍♀️ and bike riding, to relaxing vapor caves and natural hot springs filled with rejuvenating mineral waters that promise to add years to your life 😌 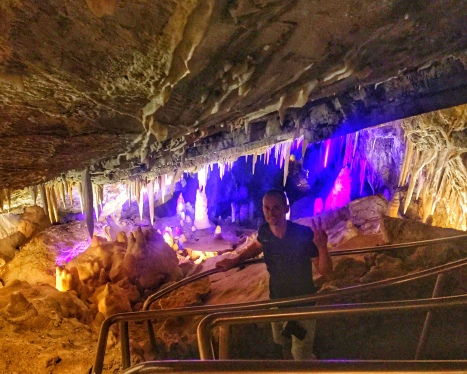 If that is not enough, there is an adventure park on top of the mountain and under that? Miles and miles of striking underground caverns, millions of years in the making. 👏🏽👏🏽👏🏽

I wish we had a million years to explore everything this world has to offer, but we don’t.  🤔 What we do have, is the ability to choose what we do with our time … it’s easy to take the same route to work, go to the same restaurant for dinner.

It’s sooo convenient to book that all-inclusive resort for your family vacation again this year… you’ll know exactly what to expect.

☝🏽But, what if you knew your time on this world was limited?

As in, half of your life may already be gone… what would you do? 🧐

From CO, with love ❤️